Last of the Chrome Bumper Corvettes

Take a good look at the 1972 Corvette, as it would be the last year that chrome bumpers would appear in the front. The 1972 Corvette saw few changes over the 1971 model. Updates included: 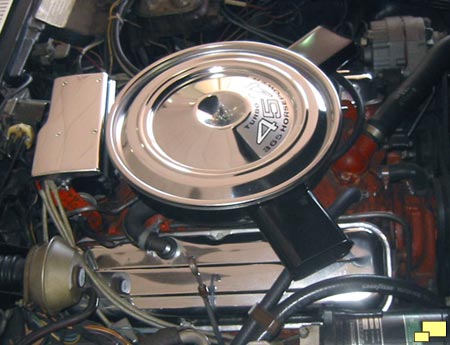 The 454 cu. in. "big block" motor was rated at 270 hp. This may seem like a big reduction over the 1971 rating of 365 hp, but there is an explanation. Standards for measuring horsepower came into effect in 1972 and they better reflected real world conditions. Inclusion of air cleaners, accessories, stock exhaust systems along with measurement standards brought some sanity and consistency to the process.

The engine specifications plate was changed for 1972 and only included the cubic inche displacement, compression ratio and torque. 1969 through 1971 plates also included the horsepower figure. It's possible that the lowered horsepower, due mostly to a change in the measuring standards, was behind the update. 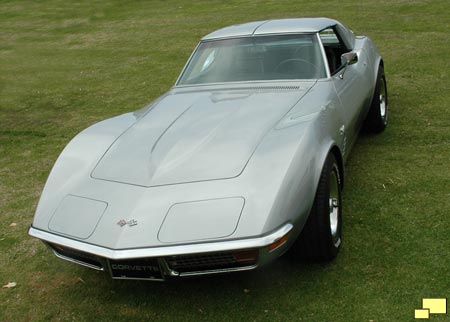 {"commentics_url":"\/\/corvettestory.com\/commentics\/","page_id":1714,"enabled_country":true,"country_id":0,"enabled_state":true,"state_id":0,"enabled_upload":false,"maximum_upload_amount":3,"maximum_upload_size":5,"maximum_upload_total":5,"securimage":true,"securimage_url":"\/\/corvettestory.com\/commentics\/3rdparty\/securimage\/securimage_show.php?namespace=cmtx_1714","cmtx_wait_for_comment":"cmtx_wait_for_comment","lang_error_file_num":"A maximum of %d files are allowed to be uploaded","lang_error_file_size":"Please upload files no bigger than %.1f MB in size","lang_error_file_total":"The total size of all files must be less than %.1f MB","lang_error_file_type":"Only image file types are allowed to be uploaded","lang_text_loading":"Loading ..","lang_placeholder_country":"Country","lang_placeholder_state":"State","lang_text_country_first":"Please select a country first","lang_button_submit":"Add Comment","lang_button_preview":"Preview","lang_button_remove":"Remove","lang_button_processing":"Please Wait.."}