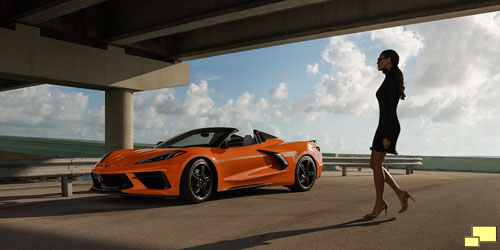 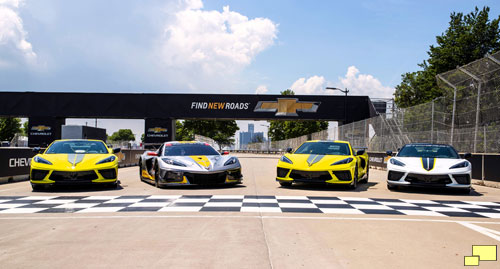 1,000 of these distinctively styled Corvettes, which resemble the No. 3 and No. 4 Corvette C8.R race cars will be made available in the left hand drive market.

Inside, the Special Edition features a Strike Yellow and Sky Cool Gray cabin that mimics the exterior yellow and gray racing theme, with standard GT2 seats (Competition Sport seats are available), along with yellow seat belts and a C8.R Special Edition numbered plaque.

Each car comes with a custom-fitted indoor car cover rendered to the appearance of the No. 3 or No. 4 Corvette C8.R race car, per each Special Edition’s color and graphic scheme. The IMSA GTLM Championship Edition package starts at $6,595. 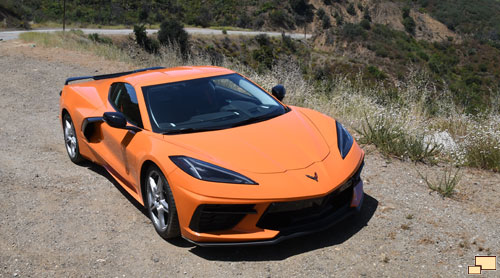 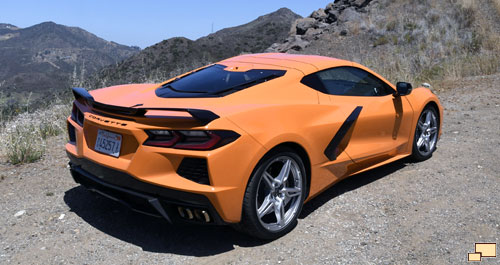 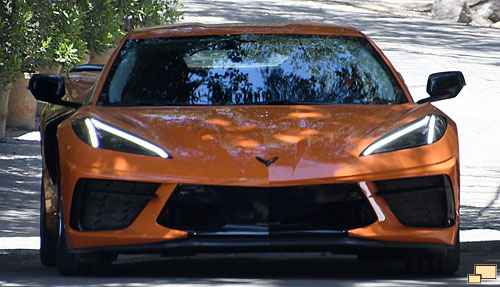 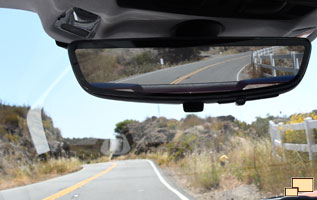 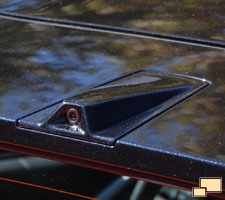 Mid Engine cars often have a visibility problem, especially towards the rear. For the C8, GM came up with a novel solution: An HD Rear Vision Camera included in 2LT and 3LT C8 Corvettes. Users can switch between it and a normal mirror, with the Camera offering a wider view. It's well regarded by C8 owners although some far sighted eyeglass wearers complain of a blurry image. 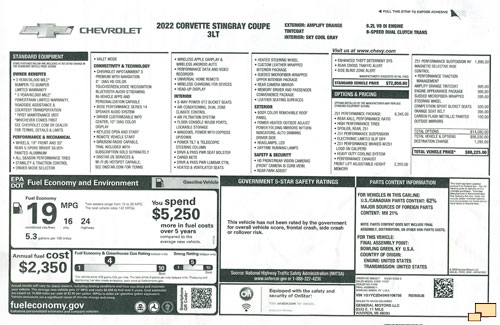 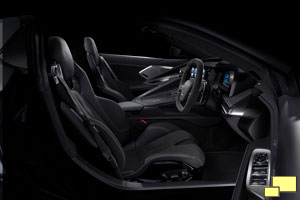 One of the more interesting surprises at the C8 introduction on July 18, 2019 was that there would be a right hand drive Corvette available, direct from the factory.

While a few Corvettes have been modified for right hand drive by individuals (at considerable expense), no Corvettes have left their factory so equipped. That changed with the C8 and now customers in Japan, Australia, New Zealand will be able to purchase a Corvette in a (for them) much more desirable right hook version.

Part of the reason behind a RHD Corvette was the Ford Mustang, which made a right hand drive version starting in 2015 which was wildly successful. As with the 1955 Ford Thunderbird, corporate egos (and profits) are powerful things and GM did not want to be shut out of the party. 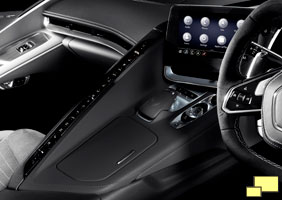 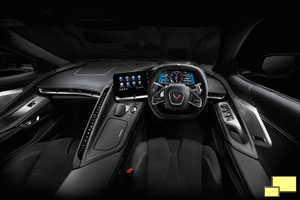 {"commentics_url":"\/\/corvettestory.com\/commentics\/","page_id":1707,"enabled_country":true,"country_id":0,"enabled_state":true,"state_id":0,"enabled_upload":false,"maximum_upload_amount":3,"maximum_upload_size":5,"maximum_upload_total":5,"securimage":true,"securimage_url":"\/\/corvettestory.com\/commentics\/3rdparty\/securimage\/securimage_show.php?namespace=cmtx_1707","cmtx_wait_for_comment":"cmtx_wait_for_comment","lang_error_file_num":"A maximum of %d files are allowed to be uploaded","lang_error_file_size":"Please upload files no bigger than %.1f MB in size","lang_error_file_total":"The total size of all files must be less than %.1f MB","lang_error_file_type":"Only image file types are allowed to be uploaded","lang_text_loading":"Loading ..","lang_placeholder_country":"Country","lang_placeholder_state":"State","lang_text_country_first":"Please select a country first","lang_button_submit":"Add Comment","lang_button_preview":"Preview","lang_button_remove":"Remove","lang_button_processing":"Please Wait.."}