What did surprise - and delight - Corvette fans was the form that the new special edition would take: a convertible with the 427 cubic inch LS7 motor. 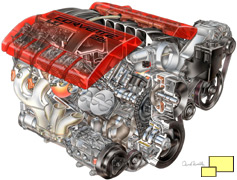 The new convertible featured the same 427 cubic inch engine in the much admired and respected Z06. It is similarly rated at 505 horsepower and 470 lb.-ft. of torque. It is the most powerful engine ever in a production Corvette convertible and recalls fond memories of the 1966 through 1969 model years when the exact same engine displacement was available in Corvette convertibles. Performance estimates included a 0-60 mph time of 3.8 seconds and a 1/4 mile acceleration of 11.8 seconds with lateral acceleration of 1.04g and a top speed of 190 mph.
As with the Z06 and ZR1, weight saving carbon fiber was used extensively, including the raised hood (as on the 2011 Z06 carbon edition), the fenders and floor panels. The new convertible tipped the scales 3,355 lbs. slightly heavier than fixed roof Z06 @ 3,132 lbs. As with the Z06 and ZR1, the only transmission available is a six speed manual. 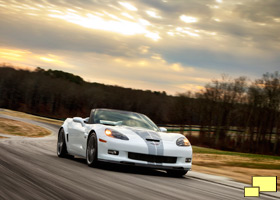 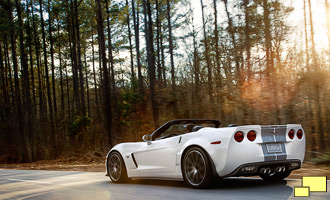 2013 would be the last year for the C6 generation. There were strong indications that the C7 would feature lower displacement engines, partly due to more stringent fuel economy requirements. Engine technology was advancing such that the high power level outputs would still be available however.

But there was some sadness in the announcement as it was apparent that an era - that of the 427 cubic inch displacement engine - would come to an end, never to be seen again in a production Corvette.

A 60th anniversary package would also be available on the other Corvette models and would include a Arctic White exterior with a Blue Diamond leather wrapped interior with suede accents. The convertible top will be blue. An optional graphics package adds full-length racing stripes in Pearl Silver Blue, including a tonal stripe stitched into the convertible top, extending the graphic theme over the roof. All 2013 Corvettes will feature special 60th anniversary badging on the fascias and the interior waterfall area of convertibles and 60th anniversary logos on the instrument panel and sill plates. 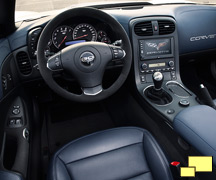 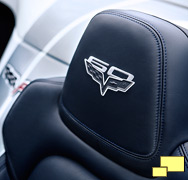 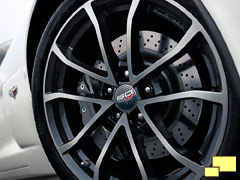 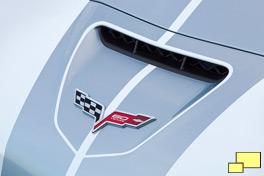 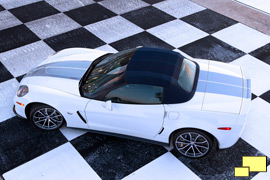 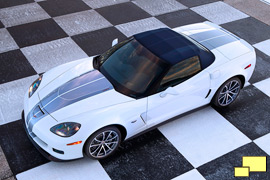 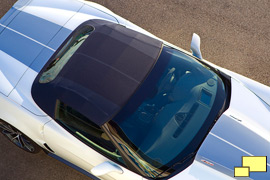 60th anniversary nose emblem. The same emblem also appeared on the interior waterfall area and beneath the rear spoiler.

{"commentics_url":"\/\/corvettestory.com\/commentics\/","page_id":1833,"enabled_country":true,"country_id":0,"enabled_state":true,"state_id":0,"enabled_upload":false,"maximum_upload_amount":3,"maximum_upload_size":5,"maximum_upload_total":5,"captcha":true,"captcha_url":"http:\/\/corvettestory.com\/commentics\/frontend\/index.php?route=main\/form\/captcha&page_id=1833","cmtx_wait_for_comment":"cmtx_wait_for_comment","lang_error_file_num":"A maximum of %d files are allowed to be uploaded","lang_error_file_size":"Please upload files no bigger than %.1f MB in size","lang_error_file_total":"The total size of all files must be less than %.1f MB","lang_error_file_type":"Only image file types are allowed to be uploaded","lang_text_loading":"Loading ..","lang_placeholder_country":"Country","lang_placeholder_state":"State","lang_text_country_first":"Please select a country first","lang_button_submit":"Add Comment","lang_button_preview":"Preview","lang_button_remove":"Remove","lang_button_processing":"Please Wait.."}