The most track-capable Corvette ever 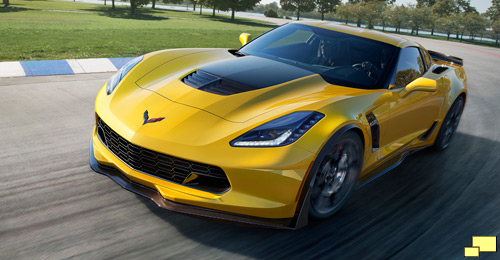 Things were getting serious at racetracks everywhere as manufacturers had been constantly upping the ante with offerings that were boggling the performance car imagination. The C7 Corvette ticket to the party is the Z06, introduced to the world on January 13, 2014 as a 2015 model.

As with the C6, the first year for the C7 - 2014 - did not have a Z06 in the lineup, giving the product planners and engineering staff time to get it right.

As with the C2, C5 and C6 iterations of the Z06, the C7 version comes with serious street and racetrack credentials. All aspects of the Z06, including the chassis, brakes, drivetrain and aerodynamics got the full performance treatment. 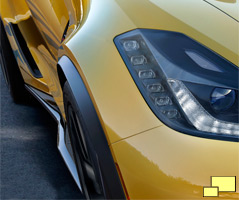 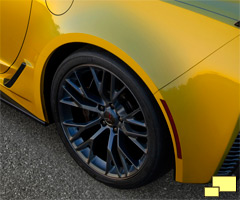 Similar to the C6 Z06, the C7 Z06 features a new "wide body" look which accommodates wider tires both front and rear. The fenders are 2.2 inches wider in the front and 3.15 inches wider at the rear. 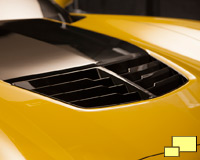 The hood for the 2015 Z06 (above) was updated with a higher profile compared to the C7 Stingray hood (below). The exact height difference is not known but was needed to accomodate the supercharger located in the center of the engine. The 2009 thru 2013 ZR1 required a similar hood bulge for its supercharger.

Right: The Z06 hood vent, with updated extractor vanes is larger than found on the C7 Stingray allowing for increased cooling of the higher output engine.

Amongst the many visual cues that identify the C7 Corvette Z06 is a wider, more aggressive front brake vent which offers a "Z06 Supercharged" emblem. 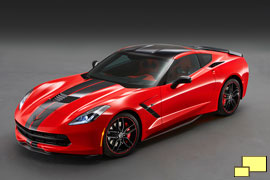 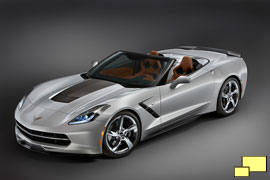 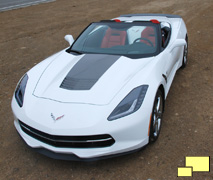 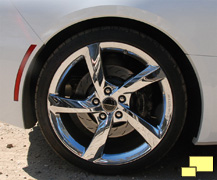 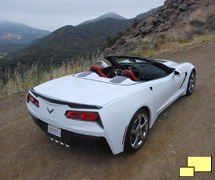 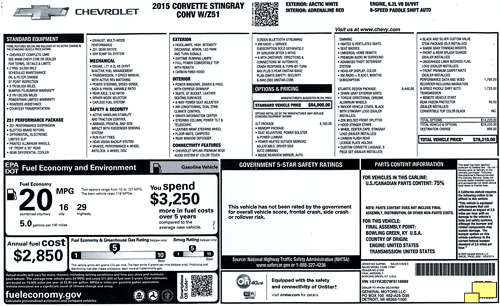 {"commentics_url":"\/\/corvettestory.com\/commentics\/","page_id":1828,"enabled_country":true,"country_id":0,"enabled_state":true,"state_id":0,"enabled_upload":false,"maximum_upload_amount":3,"maximum_upload_size":5,"maximum_upload_total":5,"captcha":true,"captcha_url":"http:\/\/corvettestory.com\/commentics\/frontend\/index.php?route=main\/form\/captcha&page_id=1828","cmtx_wait_for_comment":"cmtx_wait_for_comment","lang_error_file_num":"A maximum of %d files are allowed to be uploaded","lang_error_file_size":"Please upload files no bigger than %.1f MB in size","lang_error_file_total":"The total size of all files must be less than %.1f MB","lang_error_file_type":"Only image file types are allowed to be uploaded","lang_text_loading":"Loading ..","lang_placeholder_country":"Country","lang_placeholder_state":"State","lang_text_country_first":"Please select a country first","lang_button_submit":"Add Comment","lang_button_preview":"Preview","lang_button_remove":"Remove","lang_button_processing":"Please Wait.."}