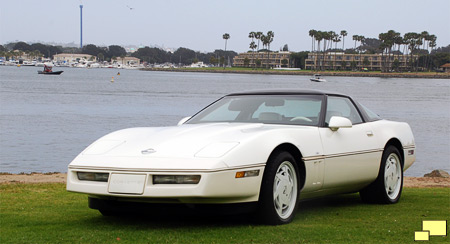 1988 was the 35th anniversary of Corvette production , so a coupe only 35th Special Edition Package (RPO Z01; $4,795.00) was available. White was the theme, in observance of the 1953 Corvettes, all of which had white exteriors. Included were white wheels along with white door handles and side strip.

Below: The 1987 Corvette engine, still boasting of Bosch sourced fuel injection first introduced in 1985, continued its steady progress towards better fuel economy, reliability, performance and driveability. The output of 1988 coupes equipped with the 3.07 differential ratio was upped by 5 hp via a less restrictive exhaust. That same exhaust was deemed too loud for convertible use, so topless Corvettes were rated at 240 hp, the same as in 1987. 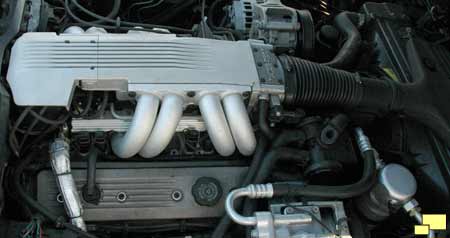 New wheels decorated the 1988 Corvettes, including (in unchromed form) the standard 16 inchers (below left). Shown above are the optional 17 inch wheels. 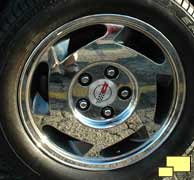 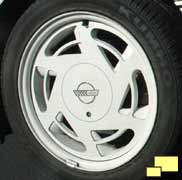 {"commentics_url":"\/\/corvettestory.com\/commentics\/","page_id":63,"enabled_country":true,"country_id":0,"enabled_state":true,"state_id":0,"enabled_upload":false,"maximum_upload_amount":3,"maximum_upload_size":5,"maximum_upload_total":5,"securimage":true,"securimage_url":"\/\/corvettestory.com\/commentics\/3rdparty\/securimage\/securimage_show.php?namespace=cmtx_63","cmtx_wait_for_comment":"cmtx_wait_for_comment","lang_error_file_num":"A maximum of %d files are allowed to be uploaded","lang_error_file_size":"Please upload files no bigger than %.1f MB in size","lang_error_file_total":"The total size of all files must be less than %.1f MB","lang_error_file_type":"Only image file types are allowed to be uploaded","lang_text_loading":"Loading ..","lang_placeholder_country":"Country","lang_placeholder_state":"State","lang_text_country_first":"Please select a country first","lang_button_submit":"Add Comment","lang_button_preview":"Preview","lang_button_remove":"Remove","lang_button_processing":"Please Wait.."}