Last Year for the Corvette Stingray

There were few changes in the 1976 Corvette, as engineering resources were occupied with meeting the demands of safety and pollution requirements while still managing to keep the character of the Corvette intact. The base engine horsepower rating was boosted 15 hp to 180 hp, marking the start of a long slow comeback to the performance of past years. 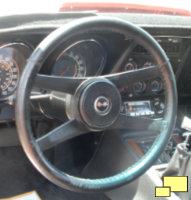 Right: The steering wheel was the same as found on the Chevrolet Vega, a car that all involved, especially its owners, would like to forget. The lineage resulted in a negative reaction from the Corvette public and the mistake was not repeated after 1977. 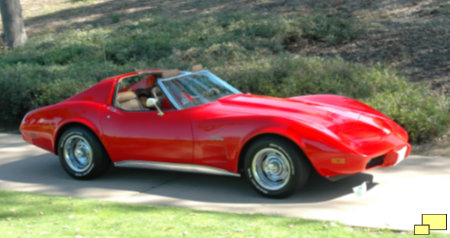 Next: 1977 Corvette
Note: Clicking on an image with this symbol (