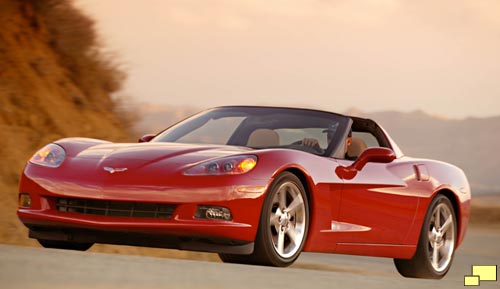 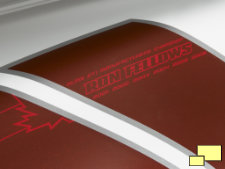 Above: The front fender graphics are a nod to race car treatments that enabled the pit crew to quickly identify which car / driver was in the pits. Notice the Maple Leaf logo - a nod to Ron Fellows Canadian heritage. In fact the color scheme of the whole car - white with red - represents the colors of the Canadian flag. 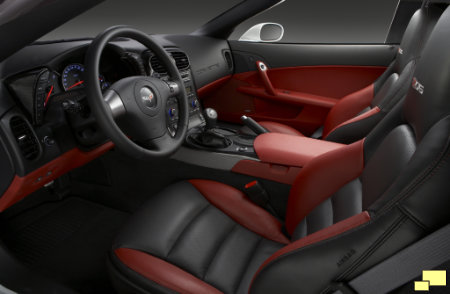 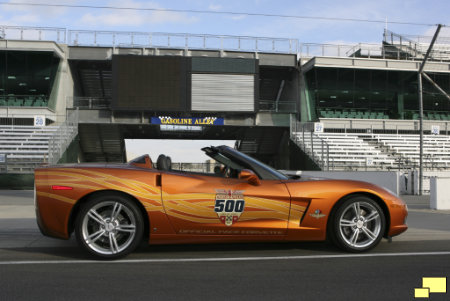 For the ninth time, a Corvette paced the Indianapolis 500. Patrick Dempsey was the driver at the start and Johnny Rutherford drove during the caution periods. 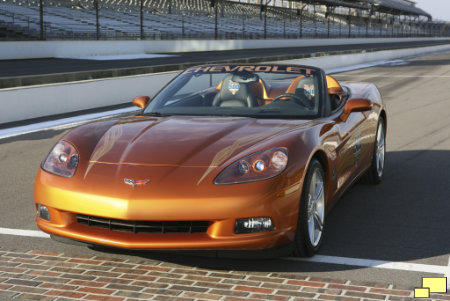 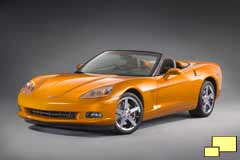 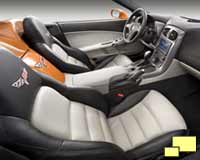 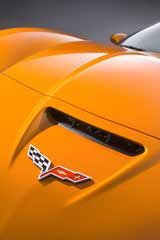 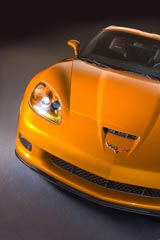 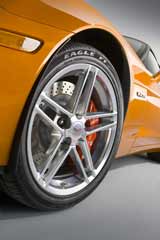 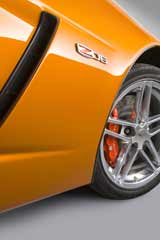 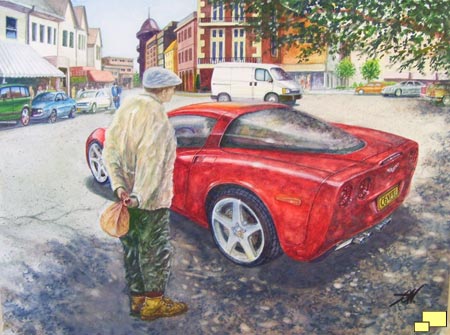 Next: 2008 Corvette
Note: Clicking on an image with this symbol (