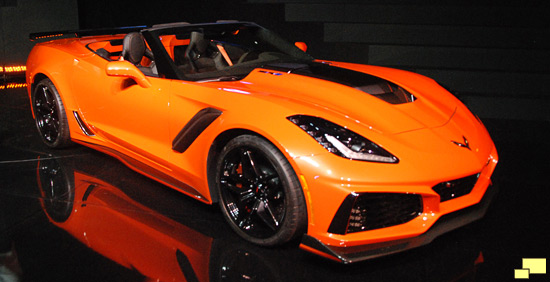 A convertible ZR1 was announced at a reveal event in Los Angeles on November 28, 2018. The price is $123,995.00; $4,000 more than the coupe. Corvette Executive Chief Engineer Tadge Juechter told us that GM tries to make all options and configurations available across the Corvette line, at least whenever possible. Suspension tuning for the coupe and convertible is identical. 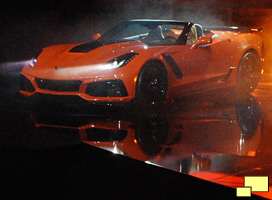 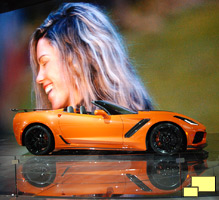 The 2019 Corvette ZR1 has significant history behind it; previous renditions are a tough act to follow.

It all started in 1970, with RPO ZR1, listed as a "Special Purpose Engine Package". The main feature was the legendary LT-1 engine and a nice list of suspension upgrades and other goodies intended for road racing. 25 were built at a cost of $968.95. The option was also available in 1971 and 1972, the other two years the LT-1 engine was available. Corvette lore has it that ZR1 stood for "Zoras' Racers", Zora being Zora Arkus-Duntov, the original chief Corvette engineer and the father of the Corvette. 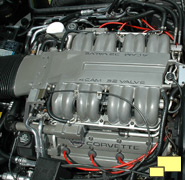 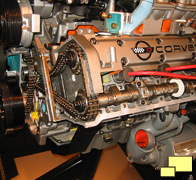 The ZR-1 (note the hyphen, the only time it would be part of the nomenclature) came into prominence in 1990 as a C4 with a unique four overhead camshaft, four valve per cylinder engine with the LT5 designation. The excitement in the Corvette world was similar to what happened with the 2019 Corvette ZR1 introduction. For more information, see the ZR-1 page.

What's interesting is the wing choice. They went with the high wing which offered better cornering speed as opposed to the low wing which has a higher top end. It was equipped with a 8-speed 8L90 paddle-shift automatic transmission, Magnetic Selective Ride Control™, Brembo Carbon Ceramic brake system and Michelin Pilot Sport Cup 2 tires. The engine is an unmodified LT5 Small Block 6.2L supercharged V-8 engine with 755 hp and 715 lb-ft of torque.

The C4 ZR-1 was informally known as "King of the Hill", a moniker supposedly seen on some low level GM documentation. GM carried the torch in 2017 with a press release titled "2019 Corvette ZR1: Return of the King", which concluded "It’s good to be the King". 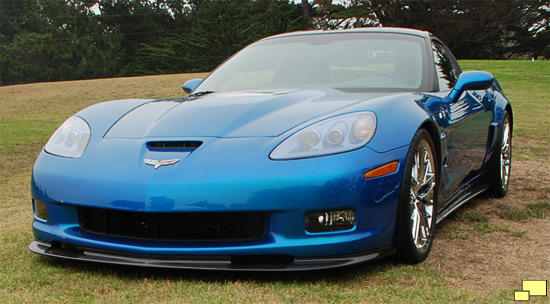 The tradition continued in 2009 with the introduction of the C6 ZR1. New Corvette ground was broken with the debut of forced induction in the form of a supercharger. The C6 ZR1 model years extended to the end of the C6 reign in 2013.

Tadge Juechter discusses the engineering behind the 2019 Corvette ZR1

2020 Corvette
Note: Clicking on an image with this symbol (

{"commentics_url":"\/\/corvettestory.com\/commentics\/","page_id":935,"enabled_country":true,"country_id":0,"enabled_state":true,"state_id":0,"enabled_upload":false,"maximum_upload_amount":3,"maximum_upload_size":5,"maximum_upload_total":5,"securimage":true,"securimage_url":"\/\/corvettestory.com\/commentics\/3rdparty\/securimage\/securimage_show.php?namespace=cmtx_935","cmtx_wait_for_comment":"cmtx_wait_for_comment","lang_error_file_num":"A maximum of %d files are allowed to be uploaded","lang_error_file_size":"Please upload files no bigger than %.1f MB in size","lang_error_file_total":"The total size of all files must be less than %.1f MB","lang_error_file_type":"Only image file types are allowed to be uploaded","lang_text_loading":"Loading ..","lang_placeholder_country":"Country","lang_placeholder_state":"State","lang_text_country_first":"Please select a country first","lang_button_submit":"Add Comment","lang_button_preview":"Preview","lang_button_remove":"Remove","lang_button_processing":"Please Wait.."}