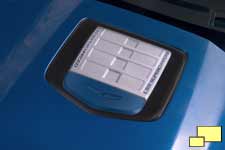 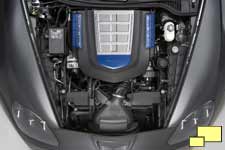 A special polycarbonate (Lexan) hood window keeps the intercooler visible. The hood is made of carbon fiber, painted on the top and exposed underneath. Note the "LS9 SUPERCHARGED" announcement in bright blue. "There is nothing subtle about the ZR1," said Kirk Bennion, the ZR1s exterior design manager. "It is a car that isn't shy about its capability." 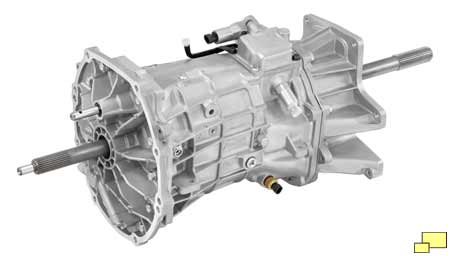 The transmission is a beefed-up six-speed Tremec installed as a transaxle. It is a true close ratio version of the Z06 transmission. Top speed will be seen in sixth gear, unlike the Z06 or LS3 Corvettes where top speed was in fifth gear and gear six is a highway cruising and mpg boosting function. The six speed manual is the only transmission choice in the ZR1. An automatic transmission is not available. Coupling the gobs of horsepower is a twin disc clutch which spreads the work over a wider area and, according to GM, maintains an easy clutch effort.

Matching the motor's go power are the brakes which are Brembo sourced and supercar / race car tested. The vented and cross-drilled rotors are carbon-ceramic, the very latest exotic material found in formula 1 cars, the Ferrari Enzo, the Bugatti Veyron and optional on some Ferraris. They are for example, a $8,840 option on the 2007 Porsche 911 Turbo. Attributes, besides incredible stopping power, include a significant reduction of unsprung weight and longer pad and rotor life. There are estimates that if a ZR1 is not raced, the pads and rotors may never need replacement! Their measurements: 15.5-inch-diameter (394-mm) in the front and 15-inch-diameter (380-mm) in the rear. As with the Z06, six piston calipers are used in the front and four piston calipers are in the rear. The Corvette can now boast of a braking system that is the match of any automobile available. This is a long way from the 1950's and early sixties when there were only drum brakes, a significant burden for racing endeavors.
The brakes are visible through the ZR1's exclusive wheels: 20-spoke alloy rims that measure 19 inches in diameter in the front and 20 inches in the rear. They come standard with a bright, Sterling Silver paint finish (as seen above) and chrome versions are optional. The wheels are wrapped in Michelin Pilot Sport 2 tires developed specifically for the ZR1 and measuring P285/30ZR19 in front and P335/25ZR20 in the rear. 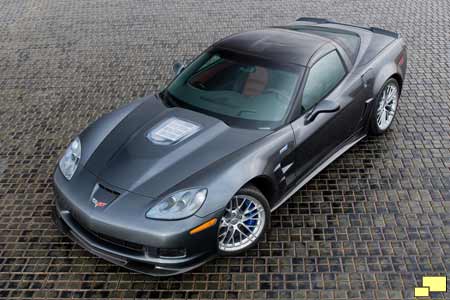 Standard Magnetic Selective Ride Control (MSRC) is part of the ZR1 suspension. This is significant as it is not available on the Z06, although it is an option (RPO F55; $1,695) on the standard issue C6 Corvette. ZR1 owners can expect a smoother ride when normal street driving and better launch control with the MSRC. 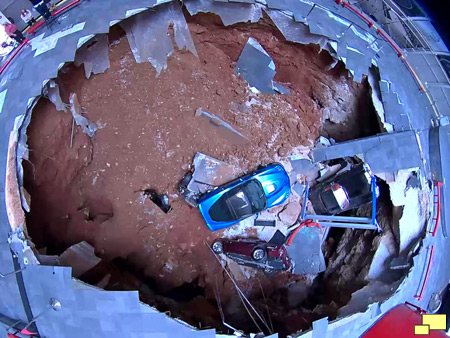 A sinkhole hit the National Corvette Museum on Wednesday, February 12, 2014. 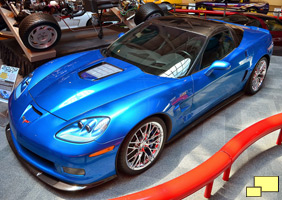 One of the eight Corvettes involved in the National Corvette Museum sinkhole incident is the same Jetstream Blue Metallic Tintcoat 2009 ZR1 shown in these photos, which are from the ZR1 press release. It started its life as a 2008 Z06 but then was updated to ZR1 specs. It carries the experimental VIN 1G1YY26EX850022EX. 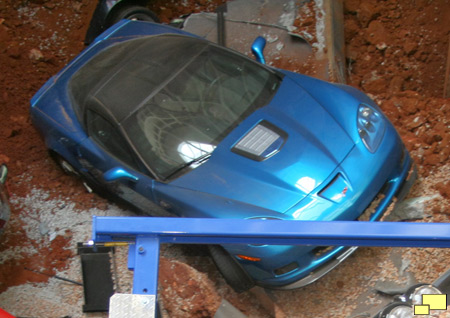