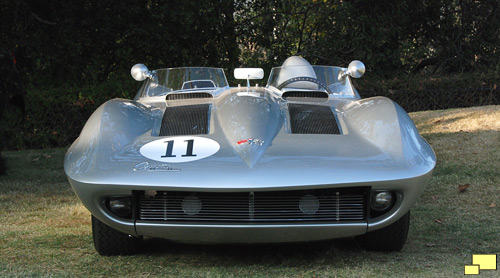 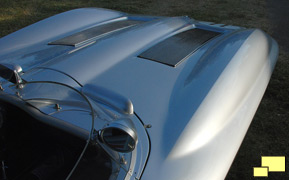 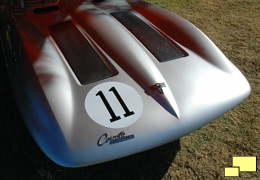 The Sting Ray Racer did more than just look great; it also had a very successful racing career. It finished fourth in its first race. Driven mostly by Dr. Dick Thompson ("The Flying Dentist", right) it dominated the Sports Car Club of America C-Modified class in 1960. The Sting Ray Racer had the championship wrapped up only half way through the season. In ten races, Dr. Thompson had more than twice the points of the nearest competitor.

Following it's show circuit career, Bill Mitchell then used it as his personal car, which was his typical way of doing business. It also had a cameo roll in the Elvis Presley movie, "Viva Las Vegas". 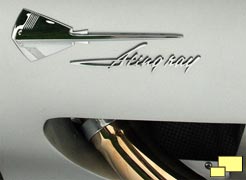 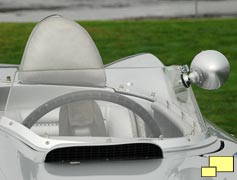 Details are special throughout the Sting Ray Racer. Below right, wheels are cast magnesium. 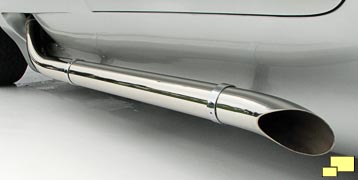 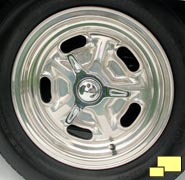 Above: Early publicity for the 1959 Sting Ray Racer, which was sometimes known as XP-87.

1959 Sting Ray Racer at the Petersen Museum, part of a Precious Metals exhibit in 2016. 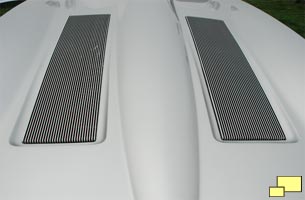 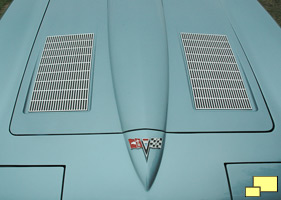 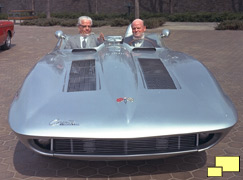 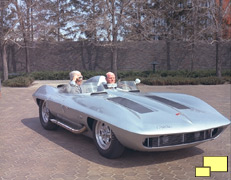 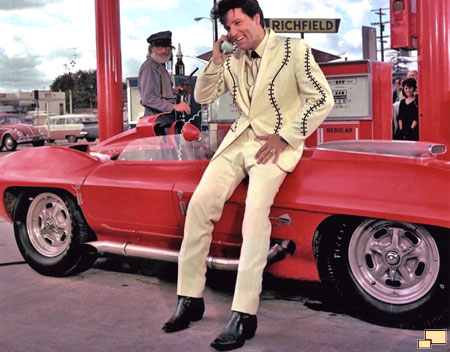 The 1959 Sting Ray Racer played a part in the Elvis Presley movie "Clambake". Filmed in 1967, it was a typical Elvis movie and as such did not win many awards. The Sting Ray Racer, painted red with a gussied up hood scoop, did have a significant role in the film. 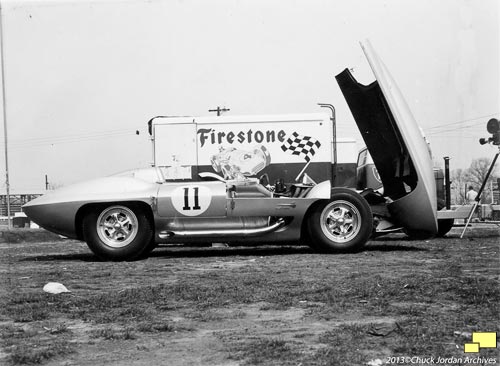 Archival photographs from "back in the day" are courtesy of the Chuck Jordan Archives. The Sting Ray Racer evolved constantly during its early career, first painted red and then silver. Engines and chassis items (such as brakes) also changed. Note for example the more minimal hood louvers. 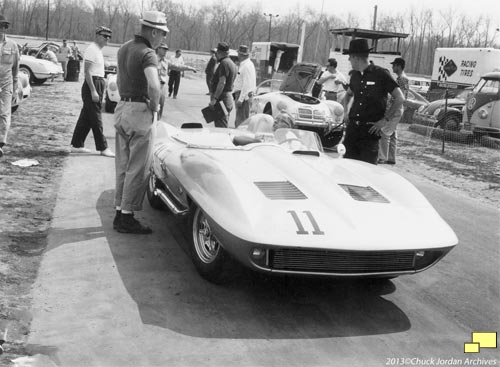 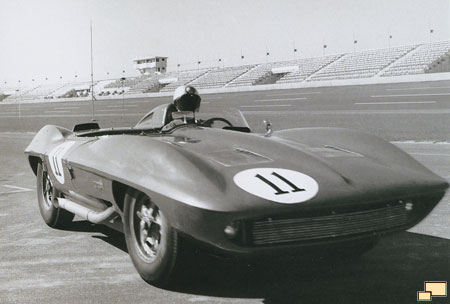 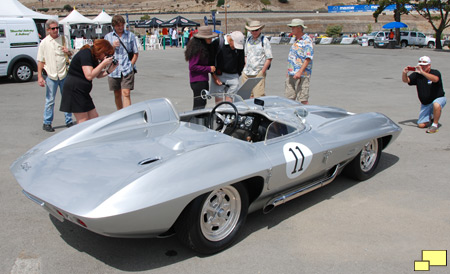 The 1959 Sting Ray Racer continues to attract fans as seen at the 2013 Rolex Monterey Motorsports Reunion. The car has been used extensively by GM as a promotional vehicle, a task for which it is eminently qualified.

{"commentics_url":"\/\/corvettestory.com\/commentics\/","page_id":1650,"enabled_country":true,"country_id":0,"enabled_state":true,"state_id":0,"enabled_upload":false,"maximum_upload_amount":3,"maximum_upload_size":5,"maximum_upload_total":5,"securimage":true,"securimage_url":"\/\/corvettestory.com\/commentics\/3rdparty\/securimage\/securimage_show.php?namespace=cmtx_1650","cmtx_wait_for_comment":"cmtx_wait_for_comment","lang_error_file_num":"A maximum of %d files are allowed to be uploaded","lang_error_file_size":"Please upload files no bigger than %.1f MB in size","lang_error_file_total":"The total size of all files must be less than %.1f MB","lang_error_file_type":"Only image file types are allowed to be uploaded","lang_text_loading":"Loading ..","lang_placeholder_country":"Country","lang_placeholder_state":"State","lang_text_country_first":"Please select a country first","lang_button_submit":"Add Comment","lang_button_preview":"Preview","lang_button_remove":"Remove","lang_button_processing":"Please Wait.."}