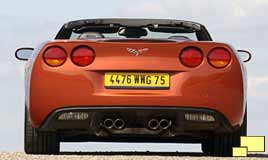 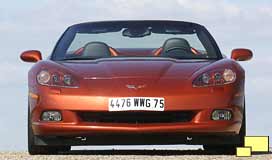 GM introduced the convertible at the March 2004 Geneva Auto show, a direct challenge to the European competition. A power top (RPO CM7; $1,995.00) was available and requiring only a delatching of the front bow, was fully automatic and took 18 seconds. The feature was last seen on the 1962 'vette but the 2005 rendition worked much better. Right: the "Waterfall" interior which was introduced in the C5 as a tribute to the C1 Corvettes was back and expanded on for 2005.

There was nothing held back in the Corvette ad campaign. Somehow the politically correct police weren't around as the new C6s' resume was shouted out loud and clear: 4.2 seconds 0-60 time, 400 hp engine output and the 186 mph top speed. 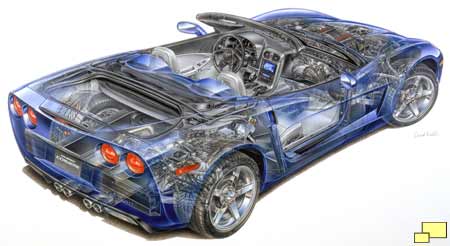