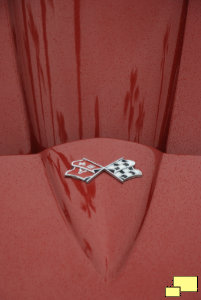 I sometimes prefer to photograph the nose emblem on C2 Corvettes with the hood open. Combine that with some well placed reflections serving as highlights and you have a winner. 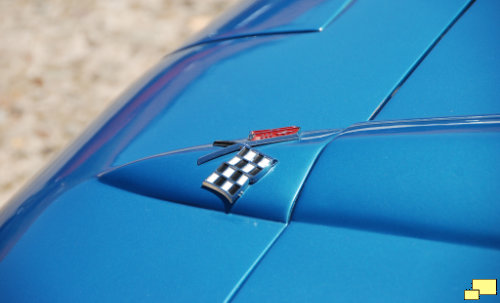 Not everything needs to be in focus. Sometimes a little well placed blurriness is a good thing as the viewer's attention is drawn to what is important. 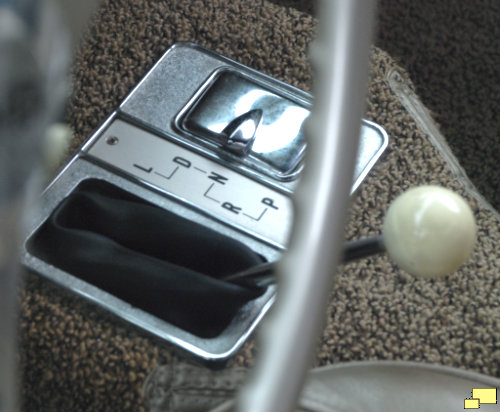 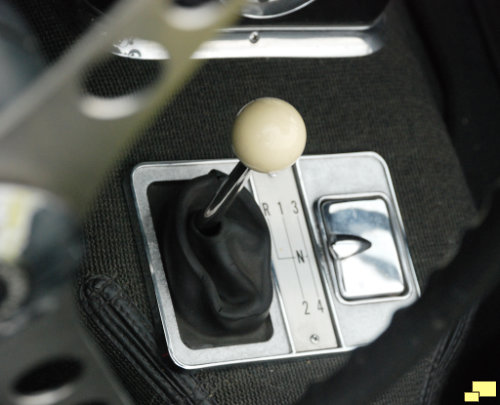 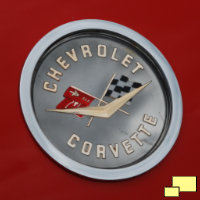 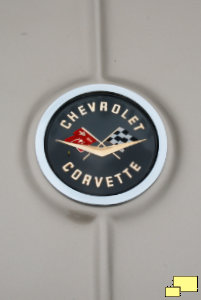 Badge photographs of C1 trunk emblems are another Corvette photographic treasure. 1960 (above) is quite special as it has a certain depth with its crossed flags and lettering elements floating. 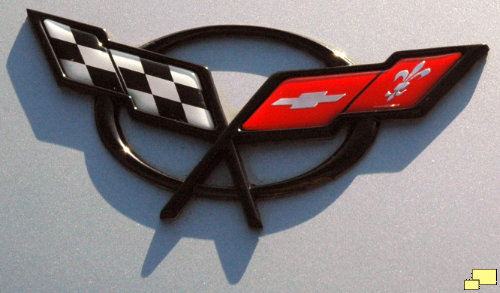 Corvette C5 nose emblem. It has some nice 3D properties and when the sun catches it just so, the shadow looks amazing. GM has some great designers working for them and I've often thought that they don't get enough credit. 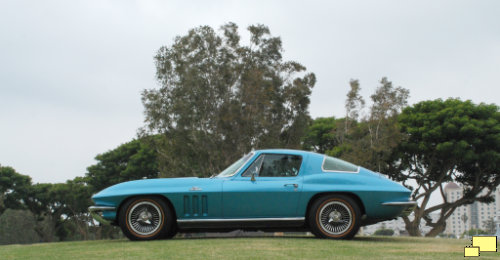 Windy road with a warning sign is one of the oldest sports car cliche photographs you'll see. But I like it! BTW, the Corvette is EX-122, the oldest Corvette still in existence. Photographed on Highway 1 in Big Sur CA. 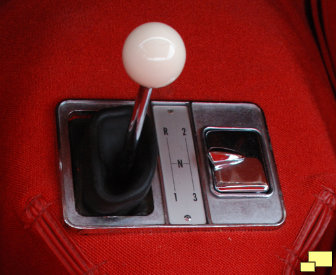 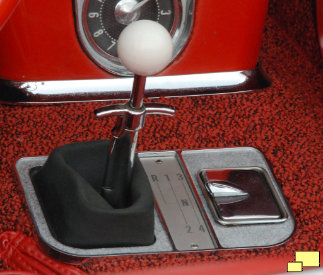 Manual transmission shifters have a lot of photographic appeal to me as I've always been a hard core three pedal guy. On the left is a 1956 three speed, important as many are unaware how common three speed manual transmissions were in the Corvette world. They were the standard transmission from 1956 through 1969 - four speeds were an option for years 1957 thru 1969. To the right is a 1960 four speed, complete with the T-handle reverse lockout.

2014 Corvette C7 Demonstration Laps at Laguna Seca Racetrack. What makes this photo is the young photographer to the right; you can just see the future Corvette enthusiast. 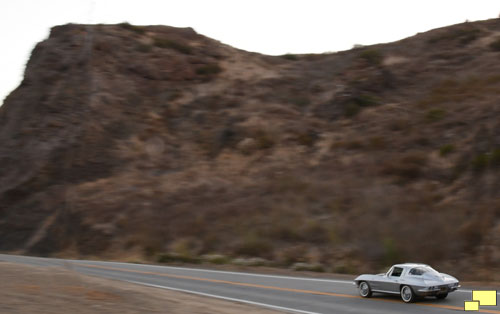 I sometimes like photographs where the car is a distant shot. To me, the motion blur background is a plus. 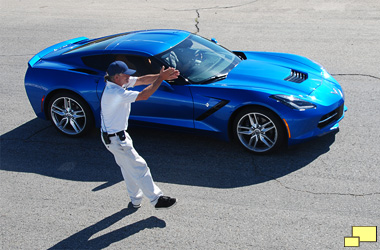 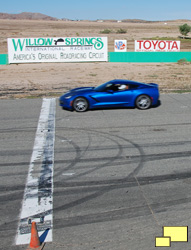 Left: The 2016 Laguna Blue Tintcoat Corvette C7 at Willow Springs International Raceway may be standing still but the course worker giving it the go signal conveys the speed, or at least the speed coming up. The right photo is a sort of opposite motion blur, with the background still and the car in motion. 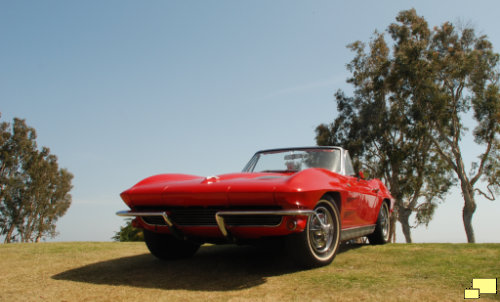 Above: When I took this photograph, I thought I would like it. As time went on, I didn't. It's an awkward view of the car and does nothing to show off its design or the lines. 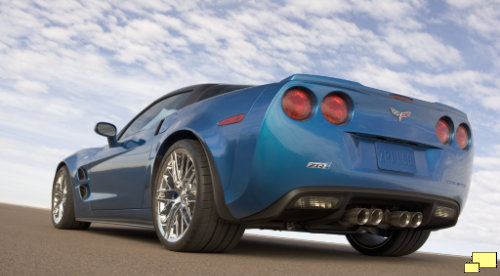 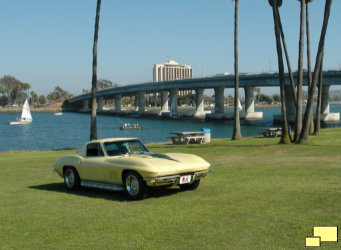 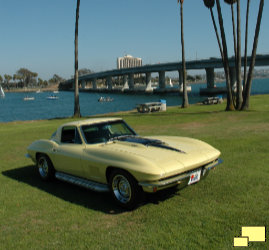 Do you see something wrong with the photo on the left? The '67 Corvette has a tree growing out of the roof! That's one of the worst car photography mistakes you can make. The solution - see the right photo - is to raise the camera some or take whatever steps required so the tree is no longer exiting the roof.

Dashboards, Reflections, Motion Blur, Golden Hour
Zoom Lens, Location-Location-Location
Something Different, On The Road
Photographs I Like Part One
Note: Clicking on an image with this symbol (

{"commentics_url":"\/\/corvettestory.com\/commentics\/","page_id":1720,"enabled_country":true,"country_id":0,"enabled_state":true,"state_id":0,"enabled_upload":false,"maximum_upload_amount":3,"maximum_upload_size":5,"maximum_upload_total":5,"securimage":true,"securimage_url":"\/\/corvettestory.com\/commentics\/3rdparty\/securimage\/securimage_show.php?namespace=cmtx_1720","cmtx_wait_for_comment":"cmtx_wait_for_comment","lang_error_file_num":"A maximum of %d files are allowed to be uploaded","lang_error_file_size":"Please upload files no bigger than %.1f MB in size","lang_error_file_total":"The total size of all files must be less than %.1f MB","lang_error_file_type":"Only image file types are allowed to be uploaded","lang_text_loading":"Loading ..","lang_placeholder_country":"Country","lang_placeholder_state":"State","lang_text_country_first":"Please select a country first","lang_button_submit":"Add Comment","lang_button_preview":"Preview","lang_button_remove":"Remove","lang_button_processing":"Please Wait.."}