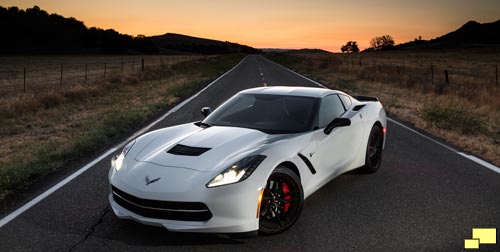 Any discussion of the C7 Corvette styling should start with a rear view, which is where the most serious, and controversial changes can be found. Prior to the introduction, Internet fueled rumors had the C7 Corvette getting Camaro taillights (below left).

While there can be said to be a resemblance, the real deal (below right) was different and certainly not a case of parts bin engineering. GM wanted to make a statement that this Corvette was different and the new trapezoidal taillights spoke volumes toward that goal. 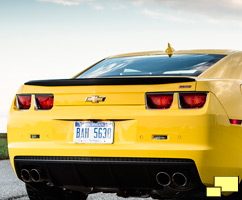 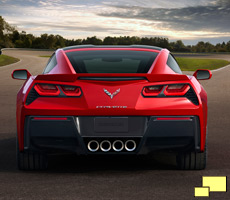 Taillights has been a subject close to the hearts of Corvette enthusiasts - maybe they figured that was the view other drivers would mostly see and they wanted it to be a good one?. Except for the 1958, '59 and '60 model years, Corvettes have always had round (or at least roundish) taillights and since 1961 there have been four of them. Above is a 1968 sample.

Although the early reaction to the new taillights was sometimes negative (is it a Camaro or a Corvette?) our feelings are that the styling department did the right thing. It could be argued that Corvette had been stuck in a rut with the round taillights and a change was needed.

Although it can't be conveyed in a photograph, and is hard to sense even in person, the new C7 tail lights have an amazing three dimensional aspect to them. This is best experienced by going over them slowly with your fingers; there really is a lot more going on than a different trapezoidal shape. 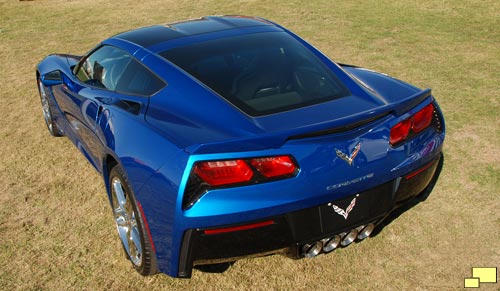 Future Corvette Owner: Tom Peters, the director of design for General Motors performance vehicles, has said that a change was needed. His focus was to attract the attention of young people, starting at nine years old.
Note: Clicking on an image with this symbol (