Above: Three functional (Thanks, GM!) vertical fender louvers were common to all 1965 and 1966 Corvettes. 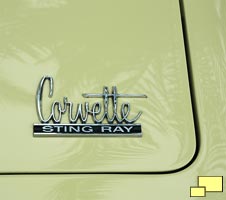 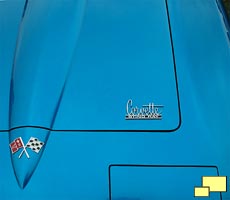 Distinguishing the 1966 'vette is the job of the "Corvette" script in the left front of the hood. The script was not installed in 1965 Corvettes (below). 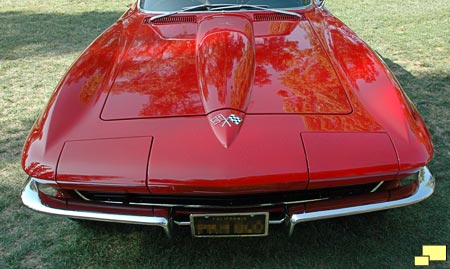 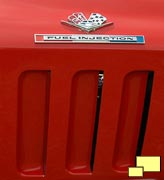 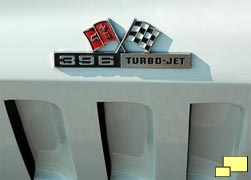 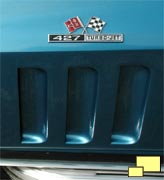 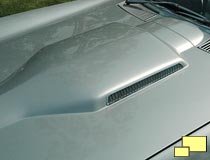 Hood bulge (right) signified that a big block engine was lurking underneath in 1965 and 1966 Corvettes. Be aware however that there are reports that the factory installed some big block hoods on small block equipped cars due to parts availability.
Note: Clicking on an image with this symbol (