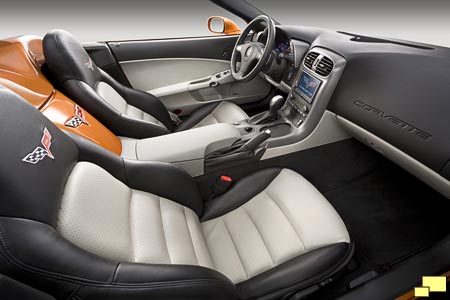 Below Left: Exterior changes were minimal for the 2008 Corvette. A new split spoke wheel was an option. Right: The Z06 was unchanged for 2008 except for a special "427 Limited Edition Z06". The option included a special paint scheme that recalled the "Stinger" hoods on the 1967 Corvette 427 cubic inch motors, the same displacement as the Z06. 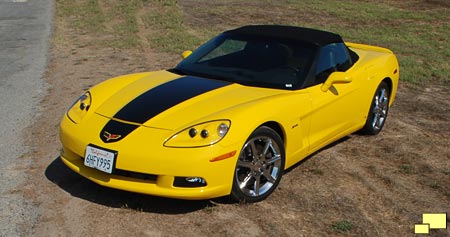 A special Chevy / Hertz agreement resulted in the Corvette ZHZ, a Corvette anyone can rent. All were equipped with a distinctive black hood stripe and automatic transmission.

500 examples of both coupes and convertibles Indy 500 pace cars were available for 2008. Titanium leather seats were part of the package.
Note: Clicking on an image with this symbol (