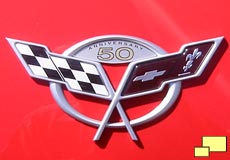 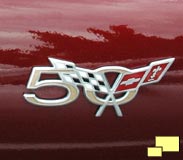 All 2003 Corvettes had 50th anniversary nose and trunk badges (above left) and fender badges (right). 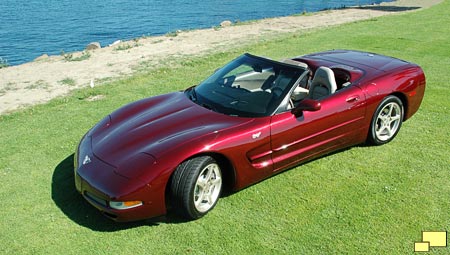 Of special note: The hood of the 2004 Corvette Le Mans Commemorative Edition offered a strip of carbon fiber that was exposed by clear paint.
Note: Clicking on an image with this symbol (