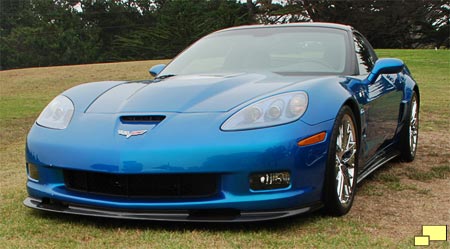 2009 was the first year for the ZR1 which is probably the most distinctive and easy to spot Corvette ever made. 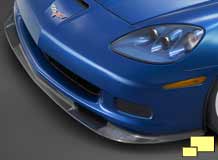 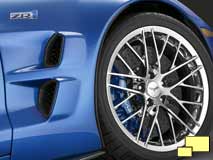 Left: Badge found on the front fender and lower left on the rear bumper. Right: Topping out the ZR1's list of exterior visual clues is the hood window.

The coupe and convertible were unchanged for 2009.

The Grand Sport was reintroduced in 2010. Distinctive features included fender gills with brightwork badging and Z06 style fender flares and rear brake cooling. Hash marks on the right front fender were part of a special heritage package. Both coupe and convertible body styles were available.

There were no changes in the coupe, convertible and ZR1 2010 Corvettes.

{"commentics_url":"\/\/corvettestory.com\/commentics\/","page_id":1074,"enabled_country":true,"country_id":0,"enabled_state":true,"state_id":0,"enabled_upload":false,"maximum_upload_amount":3,"maximum_upload_size":5,"maximum_upload_total":5,"securimage":true,"securimage_url":"\/\/corvettestory.com\/commentics\/3rdparty\/securimage\/securimage_show.php?namespace=cmtx_1074","cmtx_wait_for_comment":"cmtx_wait_for_comment","lang_error_file_num":"A maximum of %d files are allowed to be uploaded","lang_error_file_size":"Please upload files no bigger than %.1f MB in size","lang_error_file_total":"The total size of all files must be less than %.1f MB","lang_error_file_type":"Only image file types are allowed to be uploaded","lang_text_loading":"Loading ..","lang_placeholder_country":"Country","lang_placeholder_state":"State","lang_text_country_first":"Please select a country first","lang_button_submit":"Add Comment","lang_button_preview":"Preview","lang_button_remove":"Remove","lang_button_processing":"Please Wait.."}