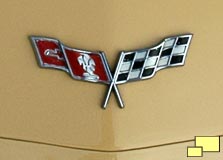 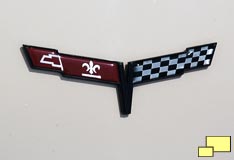 Right: the 1978 pace car special edition introduced a much improved seat which became standard on 1979 through 1982 Corvettes. Benefits included better side support seating and a back that folded near the middle for improved access to the rear storage area.

1981 Corvettes featured a black insert in the cove area on the front fender. 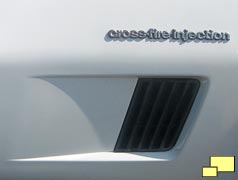 A distinctive two tone silver-beige paint was also part of a 1982 "Collector Edition" which featured a gradient or "fading shadow" motif on the side and hood (below). Distinctive cloisonnè emblems completed the package. 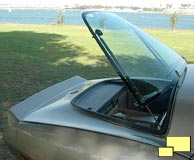 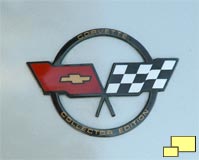