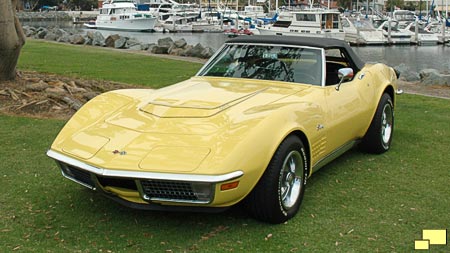 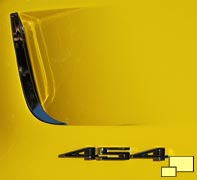 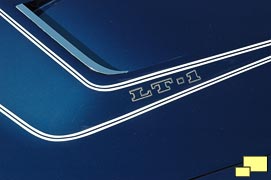 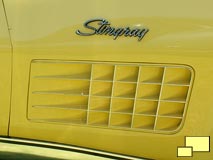 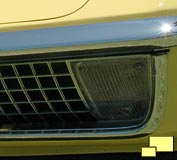 Above left: New fender eggcrate style grill on 1970 through 1972 Corvettes. Middle and right: Slight wheel flare on front and rear fender was added in 1970 to minimize damage from debris kicked up from the wheels.
Right: Eggcrate front grill was new for 1970 and would continue through 1972. Turn signal was updated to a clear lens backed up by an amber bulb on 1970 Corvettes.