1968 was the first year for the C3 Corvette and the start of the "Coke Bottle" styling that would prevail up to the C6 generation. 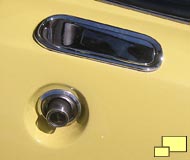 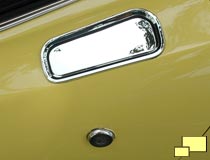 Above left: The 1968 model year is best identified by the key lock which incorporated the thumb operated opening latch. 1969 and later (above right) had a simple key lock with the opening activated by pushing in the finger plate. 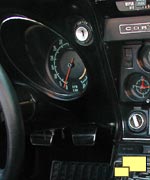 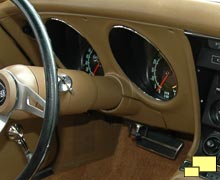 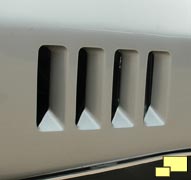 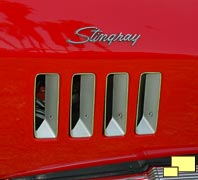 Four functional fender vents can be found only on 1968 and 1969 Corvettes. Right: The "Stingray" above the vents was for 1969 only 'vettes and is an easy way to distinguish the two model years. The chrome insert (RPO TJ2; $21.10) was also 1969 only although many owners of 1968 Corvettes installed them.

1968 and 1969 Corvettes featured a small round front turn signal light. The grill was black on 1969 Corvettes although here there is evidence that some 1968 Corvettes were also black.
Note: Clicking on an image with this symbol (